Subhakar Rao Surapaneni is the Chairman of Champions Group - a Multi National Global Conglomerate with numerous growing global enterprises in the portfolio of the group.

Subhakar Rao is named as one of the "100 Most Influential Global Sales & Marketing Technology Leaders" by Marketing Times. An M.S. from the Wayne State University, Rao is a top graduate from BITS Pilani in computer science. His career has broadly mirrored five main professional goals: Leadership mentoring, Sales & Marketing Education, Philanthropy, Technology and Entrepreneurial investments. In each of these roles, Subhakar Rao has been able to prove himself as a leader and thinker.

Not only is he a businessman par excellence, Subhakar Rao is also an acclaimed philanthropist. He took his foray into philanthropy in the early 1990s and supported companies to create numerous job opportunities. To take his philanthropic endeavors to the next level, he co-founded the Surapaneni Foundation to foster charitable activities and set up educational institutions. He also heads Champions Group and Surapaneni Educational Academy & Champions Lifelong Learning Society. Rao also heads Champions Entertainment; a Champions Group company and a pioneering event marketing and sponsoring firm. 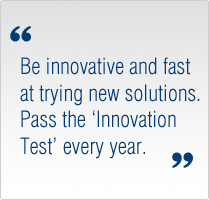